Helping Writers Get Their Books Published

BookCamp is a training and community hub for writers.

If you want to get a book into the world but aren’t sure what the next step is, BookCamp is here to help.

By providing expert guidance along with a supportive community of writers, we give you a shortcut to publication.

Scott’s a marriage ministry pastor and works with couples who are thinking about getting married.

He dreamed of giving these couples a book that would help them have 12 important conversations before they tied the knot. Only trouble was, the book did not exist! He wanted to write it and make it available to as many people as possible.

We talked about the path to get there—establishing a writing habit, building an online presence, expanding his platform, and pursuing book publishers.

Many writers get overwhelmed with the process. Here’s what happens:

But that’s NOT what happened to Scott.

Over the next several months Scott and I along with a supportive community helped him build his platform, improve his website, and pursue a book publisher.

Scott did the work, reached out when he got stuck, kept going, and you can see the result. I talked to Scott recently, and he told me his book, Ready or Knot? 12 Conversations Every Couple Needs to Have before Marriage, has exceeded his publisher’s sales expectations.

Now he’s thinking about his next book. And based on his first book’s performance, I expect his publisher will be very interested.

So why did Scott succeed when so many writers fail?

That’s why I created BookCamp.

Who will get the most out of BookCamp?

BookCamp is helpful to a wide variety of writers, but it’s an especially good fit for nonfiction writers who want a book deal with a traditional book publisher.

How much does it cost?

After the free 30-day trial, BookCamp is $37/month. There are no hidden fees or extra charges for special “VIP” sections.  Your subscription gives you 100 percent access to all the features of BookCamp, including all previous trainings, expert interviews, and coaching sessions.

He is the creator of Book Proposal Academy, an online course, and BookCamp, a mentoring and community hub for writers. His passion is helping writers get their books into the world, and he blogs at http://www.chadrallen.com/.

He has been published in such online places as LifeHacker, The Accidental Creative, MichaelHyatt.com, Goinswriter.com, and The Good Men Project.

Conversations with Christopher Ferebee and Steve Laube, two longtime literary agents, about how to secure an agent

An exclusive interview with Annette Bourland, former Executive Vice President of HarperCollins Publishers, one of the largest publishing houses in the world

An action guide for designing, planning, and scheduling a writing retreat that helps you experience more progress on your writing project than you ever dreamed possible

An invitation to a monthly Fireside Chat call in which you can ask me, a 20-year publishing industry veteran, any question you have

An inside look into the daily work of an acquisitions editor

Close
GET STARTED FOR FREE

Will my lack of tech savvy prevent me from growing my platform?

It’s difficult to think of a successful modern-day author who does not have a website and at least one social media channel they engage (Facebook, Twitter, or Instagram, for example). You may be able to think of one, but suffice to say, such authors are very (and increasingly) rare.

With that as background, if you’re allergic to all technology, BookCamp’s effectiveness will be limited for you. The good news is creating a website and using at least one social media channel has never been easier or more accessible than it is today. If you have a computer, access to a WiFi signal, and the willingness to roll up your sleeves and learn, you can figure this out, we promise, and we’ll help you! Or if you’re willing to invest a modest amount of money, we can point you to some tech pros who will help you get set up quickly and painlessly.

How much time does it take to work through BookCamp and get published?

As with all significant achievements, getting a book into the world requires sustained focus and hard work. The time to publication varies depending on how much you have in place when you begin as well as your commitment to the process. If you want to self-publish and you already have a website and a compelling book concept, it can take as little as six months. If you want to pursue a traditional publisher and you’re just getting started, plan on at least 12 to 18 months.

“BookCamp is a phenomenal experience! I can't say enough about the value Chad Allen provides through his mentoring and guidance. The benefits of having direct access to his expertise during the Fireside Chats is unmatched. BookCamp is helping me grow my audience in ways I had not considered before. Everything a writer needs to be successful can be found in BookCamp.”

“When you start to write a book, all the moving parts can be overwhelming. BookCamp gives new writers all the tools and trainings—neatly organized in one place—to get through the entire process. Chad is there at every step, too. With equal parts experience and heart, Chad is the mentor every new writer needs!”

“As a young girl, I felt the call to touch the world with words of hope. Through BookCamp, Chad Allen has made the path to publishing clear and doable. The knowledge and support from both Chad and the community have surpassed my expectations. Now my words are getting out!”

“BookCamp with Chad Allen has been a wonderful learning experience! Chad provides tools, techniques, resources, videos, and excellent support to help writers on their journey. I love the monthly Fireside video calls where we can ask questions and talk through any roadblocks or issues that we encounter in our writing. Chad is committed and passionate about helping writers with his expertise and time. I love the BookCamp course material and the community! It's been an encouragement and great source of support and learning.” 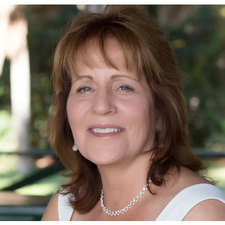